Libra vs. JPM Coin – The Battle of the New Stablecoins 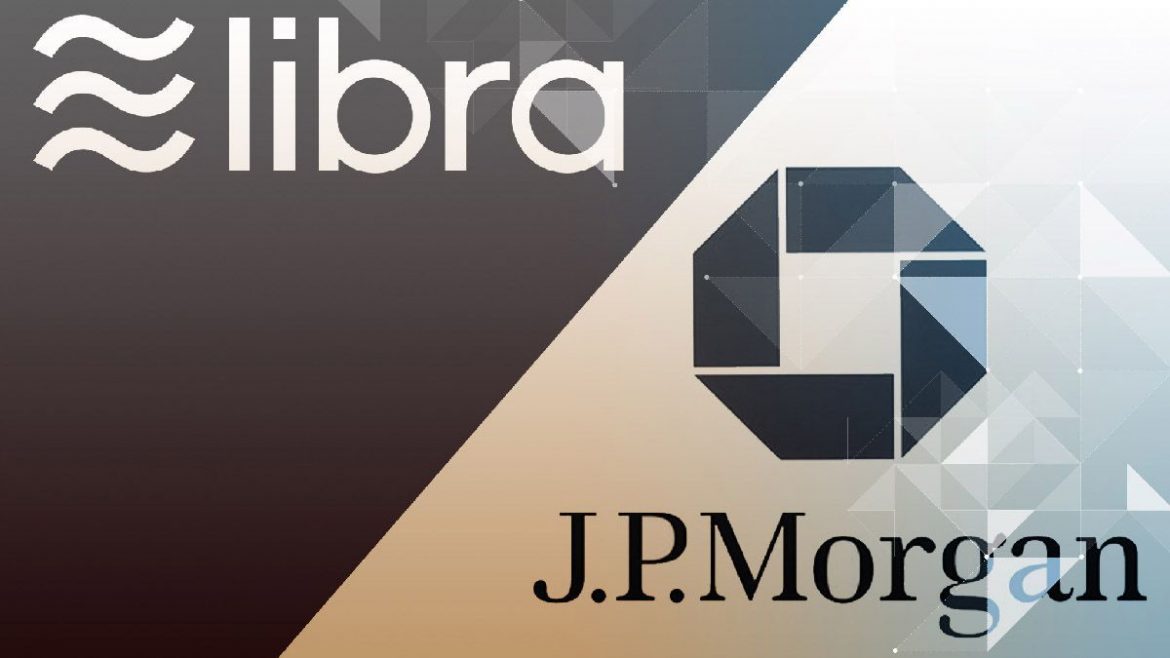 With JP Morgan announcing their new stablecoin, the JPM, and Facebook’s announcement of Libra coin earlier in June, the world of digital assets has brought cryptocurrency to a very broad global audience and they are going to be vying for your attention…and your money.

Libra, even if modestly successful, has the potential to control monetary policy and pose an existential threat to the existing banking system simply by the sheer volume of Facebook users who would automatically have a Calibra wallet available through existing apps like Whatsapp and Messenger. Libra coin is introducing a new layer of private and corporate control between central banks and individuals. There are no assurances that Libra would replace existing currencies but they’ve got a captive audience with their user base and controlling the marketing space on the Facebook platform should certainly be a concern for any competitor.

With an enormous user base, Facebook poses a threat to existing banking systems as they’ve got 20+ partners and the world’s top institutions backing the project with key players like Mastercard and Visa. These investors and partners are joined together in a Swiss-based not-for-profit called the Libra Association. There are talks of facilitating internet and non-internet based transactions. Without keeping banks in the loop, Libra can still function as a P2P.

Enter JPM coin by banking giant J.P. Morgan. Its purpose is to facilitate payment settlement between clients. It will be based on the USD and work similarly to stablecoins like USDT and TUSD. In a pilot program scheduled to launch this year, customers will receive JPM in exchange for fiat currency. The coin will be transferred via a private blockchain and the recipient of the coin can redeem it for USD. There is one fundamental difference that give crypto users more confidence here; J.P. Morgan is already in the banking industry and handles trillions of dollars globally every day. They’ve been developing the Quorum blockchain to handle the digital transactions.

How banks make money
A centralized bank has its power vested in interest rates and lending. Central banks also buy and sell bonds and derivatives. Changes in interest rate are governed by monetary policy and are reflected on the bank’s earnings and their loans. This influences economic activity and inflation.

With Libra coin, most funds will move towards digital payments and this would undermine the role of banks as lenders. Banks have earned by lending money to users for education, buying real estate or vehicles and all of this will be revolutionized by the introduction of digital wallets.

Central government still exercises control over monetary policy by collecting taxes in fiat currency, which is why the SEC and worldwide economic regulators are carefully watching the developments of both Libra and JPM.

There is a recurrent concern that Libra coin could be used for money laundering, which has been an issue facing Bitcoin since its release, but Bitcoin, in its early days was adopted by a tiny portion of the population. Facebook has billions of users so the potential that there are more bad actors is quite real.

Some believe that JPM coin and Libra coin are out to replace Bitcoin and traditional banking institutions. J.P. Morgan has repeatedly held a critical stand against bitcoin while highlighting the benefits of blockchain technology. It is important to state that there is a clear distinction between cryptocurrency and blockchain technology, though a vast majority of people still believe they are one and the same. They are not.

While governments who have put crushing restrictions on cryptocurrency, countries like China and India might change their regulatory stance with the adoption of Libra coin and JPM. As cryptocurrency slowly becomes the payment of choice, and B2B or P2P transactions can be tracked by blockchain, banks and government institutions see a paradigm shift in the global economy using digital currency.

Facebook may have the edge in the battle to gain attention and by sheer default because of the planned integration of existing apps, but J.P. Morgan has the background and trust of the banking community at large. What are your thoughts on this?