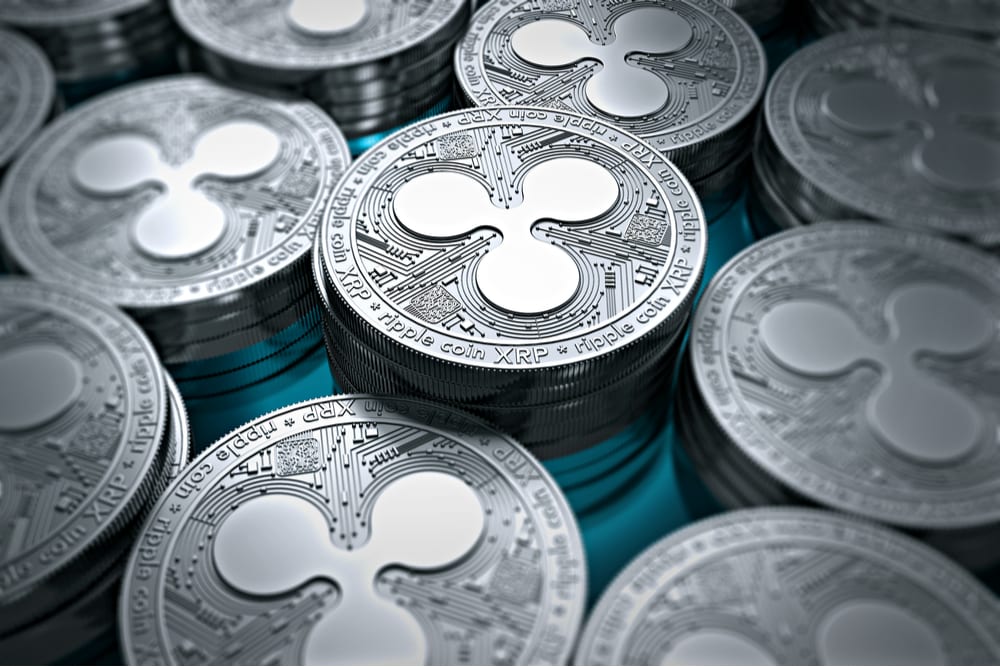 Ripple recently raised $200 million in Series C funding round and now valued at $10 billion. Their development and market sentiment has helped skyrocket Ripple to third place behind Bitcoin and Ethereum; it’s current market capitalization being over $8 trillion. Being a decentralized cryptocurrency, Ripple controls the altcoin market. So people are left to wonder why they consistently dump XRP into the market for more crowdfunding.

Ripple has been in a strong financial position despite challenges in growth and scaling. To their credit, they have been working to accelerate momentum for industry leadership, focusing on improving cross-border payments and remittances using XRP.

Ripple has the potential to be both cheaper and faster than traditional foreign exchange solutions. It has been their focus to partner with international institutions so they can implement RippleNet as their back-end currency for international payments. Currently, Ripple has 300 customers but they also expanded deeper into the money transfer business when they bought a 10% stake in MoneyGram.

When Ripple started selling its tokens, a Change.org user going by the name of Crypto Bitlord started a petition asking Ripple to stop dumping its XRP holdings. The fear was that dumping of XRP would crash the price. Despite the pushback, Ripple’s management countered that to increase its adoption it needed to increase circulation. This increase in circulation perpetuated an increase in token supply, thus triggering a price drop. This is one of the biggest challenges facing XRP, and this has action seems to be the temporary fix to scaling.

Crypto Bitlord has admitted that Ripple is a solid cryptocurrency with major potential. Still, some argue that if Ripple sold or donated XRP in small amounts, the organisation wouldn’t need to raise funds as there would be a steady flow rather than a dump. Regardless, Ripple management is selling XRP through 2019; last quarter of 2019 selling $66.24 million worth of token.

Just a year ago, January 2018, XRP traded at over $3 per coin. Back in July 2019, Ripple reported that it sold $106.87 million and $144.64 million worth of XRP through institutional direct sales and programmatic sales. In Q1 they sold $890 million worth of tokens; 35% percent of these sales in cryptocurrency exchanges. Looking at the market today, Ripple is selling at nearly $0.20 per XRP.

For Ripple it’s important to invest in security infrastructure, transaction speed and adoption, as most institutions that they partner with are banks. Ripple sells XRP to these customers, so they can use the token in the company’s global remittance platforms. When Ripple sells XRP to these institutions, it increases circulation and adoption. XRP is listed on most cryptocurrency exchanges, and it owns a sizable portion of the XRP.

The SEC hasn’t declared Ripple (XRP) a security, and banks actually use Ripple on the Ripple platform, people also use Ripple as an electronic currency, and it captures most of the economic value on the Ripple platform. The platform is a low-stakes financial software, however, it works poorly in adversarial environments. It may not be decentralized entirely. Their official strategy is adoption in the banking sector and an increase in liquidity.

Liquidity is indispensable for Ripple as it decreases slippage and that makes the price of traded assets less volatile. The liquidity from banks cannot support fast transaction settlement and they are better off with Ripple’s tokens, however, 100% of the supply is controlled by Ripple. Ripple can support the bulk of the world’s banking, it needs to be a successful cryptocurrency. Ripple is evolving into a global cryptocurrency and injecting it in the banking infrastructure that allows anyone to receive a payment and not concern themselves with whether others will discriminate against those tokens.

Why Do Banks and Partner Institutions Trust Ripple?

The Ripple platform is too big to fail, meaning that preventing Ripple platform’s failure modes is a top national priority. The only ledger state that matters is among the institutions that exchange Ripple for transaction settlement. Trusting too many other validators could cause you to be forked out of your own economy. The larger the Ripple platform’s contribution to the economy, the riskier a denial of service (DOS) attack becomes. Ripple’s infrastructure and integrity is a security issue and this requires validators considered authoritative for the uses of domestic banking. Since validators can sometimes be offline for reasons unrelated to an attack.

At the right scale, the Ripple platform has geopolitical implications. The U.S. government may require that validators contributing to consensus within their jurisdictions comply with international sanctions or law enforcement requests. Due to their pattern of trust concentration, it is within a bank’s powers to increase trust between the partner institutions. Any censorship in the ledger fragments it, however, as Ripple unifies different ledgers this challenge will be resolved. If we consider the current scenario, Ripple platform works only within hubs of trust, not across separate, mutually distrustful hubs. There is no general way to reconcile it without dropping the transaction history altogether. We can expect that the Ripple ledger would have different economic values in different jurisdictions due to inflation of the supply, government stability.

The Ripple platform would function as non-critical infrastructure, and it is not related to national security, so the threat model becomes any single jurisdiction disrupting consensus, including friendly ones. Domestic banking across network banks would not take place on the Ripple ledger. Maintaining a single global ledger requires that we not delegate trust at more than 20% to any single group which might be likely to collude.

Some countries have extensive ability to exert influence or project power on a global scale, and they are referred to as potential superpowers. Countries like the United States, European Union, China, India, Russia, and Brazil, there are a whole lot of benefits to delegating trust outside of these potential superpowers, but, coordinating governments could counterfeit Ripple at the right price. If Ripple markets were large and robust enough, it would be within the interests of all governments to come together and mint Ripple. This way Ripple would act as a central bank of sorts and give the governments a way to generate funds without affecting their existing economies that are centered around fiat.

Ripple realizes that since it doesn’t facilitate much of commerce and trade, the demand for its token may fall in the future. Its infrastructure and token needs to revamp and increase circulation. Ripple needs to increase purchasing power, demand for the token and this requires an increasing cooperation. The platform has failed to scale due to resistance to censorship, however, it isn’t too big to fail, yet.

Highlights From the Crypto Theses Report For 2020