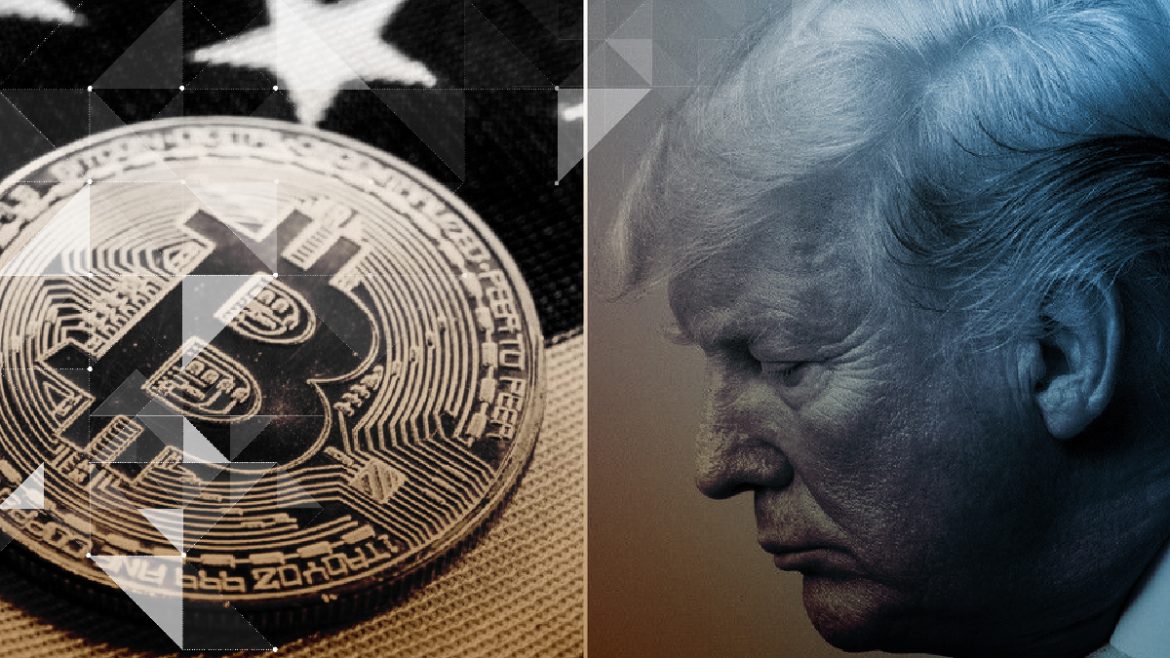 The President of the United States, Donald Trump, recently tweeted about Bitcoin to his 62M followers, and crypto twitter reacted hilariously to it. There was no impact on market sentiment and the price continued to rally upwards.

While the President has the authority to ban Bitcoin, it could potentially bring the price crashing, but economist and trader, Alex Krueger, believes that the law would prevent the President from making such a drastic decision. There has been a subsequent breakdown over the past weekend and Bitcoin was trading at $9867 at the time of writing this.

Crypto twitter explored the possibility of a ban on Bitcoin but economist Krueger argued that there is some theoretical truth to it. The President could target all entry and exit points for retail and institutional investors and Bitcoin would, in turn get hit on liquidity. Krueger stated that Trump could go after Fiat on-ramps, forbid banks from servicing cryptocurrency exchanges and require them to service exchanges, and only if they fulfill some impractical and unrealistic criteria. In reality, the President would need to convince Congress to ban Bitcoin and lawmakers could turn down the demands through emergency measures. The probability of a ban is statistically low and these comments came several days after mainstream media suggested that Bitcoin could become a campaign issue in the upcoming presidential elections.

Notably, presidential hopeful, Andrew Yang, has long held an opposing view, that Bitcoin is something to be embraced at the national policy level. The industry is still rife with speculation on whether Washington could stifle the industry with a blanket ban. While there may never be an outright ban on Bitcoin, Washington does have enough resources to curtail the asset’s functionality to a certain degree.

Though Bitcoin is inherently immune to attacks, cryptocurrency exchanges are prone to Washington’s tactics. The economist pointed out that what protects Bitcoin is, its essence, its code. It translates to free speech and since the First Amendment of the Constitution prevents a ban on free speech, Bitcoin’s inherent nature means that it cannot be banned. The government may deem cryptocurrencies as being too volatile, preventing them from being sold to retail investors. Such a move could take away liquidity from cryptocurrency exchanges, who make the bulk of their revenue from fees taken from retail traders on their platform. The President’s moves could mean pretty much game over for exchanges.

While the US Senate Committee has severely criticized cryptocurrencies, blockchain has received some goodwill as they approved the Blockchain Promotion Act last week. The act is expected to move the US closer to provide a clear blockchain definition at the federal level, and it establishes the blockchain as a working group under the Department of Commerce as well.

This means, that if Trump has a personal dislike for Bitcoin, the presence of the Congress could prevent an outright ban on Bitcoin.

How Anonymous is Anonymity on the Blockchain?

Are commodity backed cryptocurrencies the same as stablecoins?