How Cardano Can Bring Ethereum Down 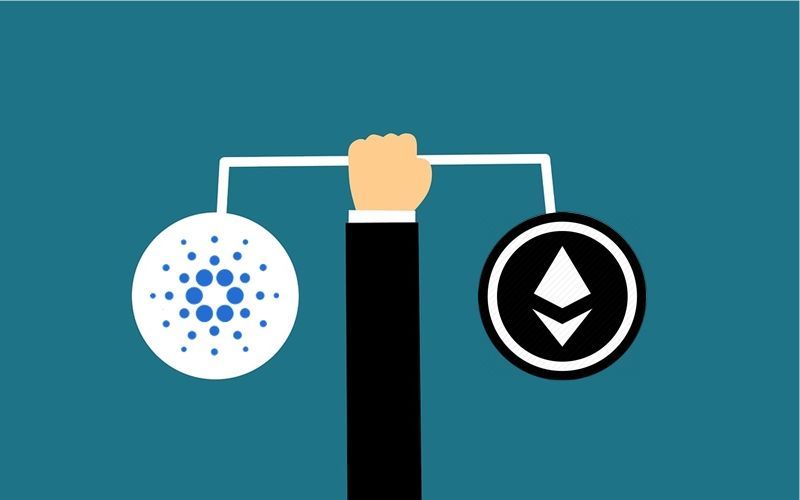 Cardano has been trending as the top altcoin to watch out for in 2019. It has been making waves in the crypto world as the most intriguing coin and was ranked 12th by market capitalization when it launched. In the following weeks from its public launch, Cardano’s ADA coin has become increasingly popular and rose to the 5th ranked position despite some of the controversy and speculation surrounding Cardano.

Most competitors of Cardano are facing the challenges of scaling and innovation. For example, Ethereum claims to be a world computer, but then CryptoKitties came along and showed the weakness of the Ethereum blockchain. Within 6 months of Cardano’s launch, it became more popular than Ethereum in the crypto community. Cardano is moving away from older technology, sharding, scaling. It is, in fact, the best contender to Ethereum, with  ADA having the potential to be like TCP IP in the next 50 years, and be the financial stack of the development world.

Cardano has already started projects in South America, with sights on Africa and the Caribbean. It is running parallel to the financial system of the developing world. While other competitors like Ripple's XRP are more centralized for security reasons, ADA is decentralized; a plus for developers because they believe centralization makes it easy to breach. While subsets of a ledger may act in a traceable or more centralized fashion, having it as a built-in protocol is a moral hazard. Cardano’s proof of stake algorithm, Ouroboros, guides the system and there is a follow-up paper handled by Eurocrypt that states there is no need of a built-in centralization protocol.

While Ethereum has always been focused on the development community, Cardano educates users in stages and layers called refinement iterations to understand the protocol and software to become an informed user on how to best use ADA. While this poses a challenge to tackle this process and educate people, regular publications, podcasts, and training series work well to onboard people.

ADA has a dedicated education division at IOHK that teaches people to use Daedalus, paper wallets and more about security of crypto. Cardano has brought a lot of new users into the crypto space, they need to be educated about how to use exchanges correctly. Over 50% of the people who bought ADA, had never bought a cryptocurrency before. They’re completely new - they’re like Bitcoiners. That’s where the training comes in handy to bring them on the same educational level as the rest of the community.

Cardano’s focus has been verification, user education and a secure ecosystem. The user is at the heart of all development and processes and educating the community and preparing them for a crypto focused world sets it apart from and ahead of Ethereum.

Is Bitcoin a Crypto Monopoly?