Can Cryptocurrencies Exist Without Decentralization? 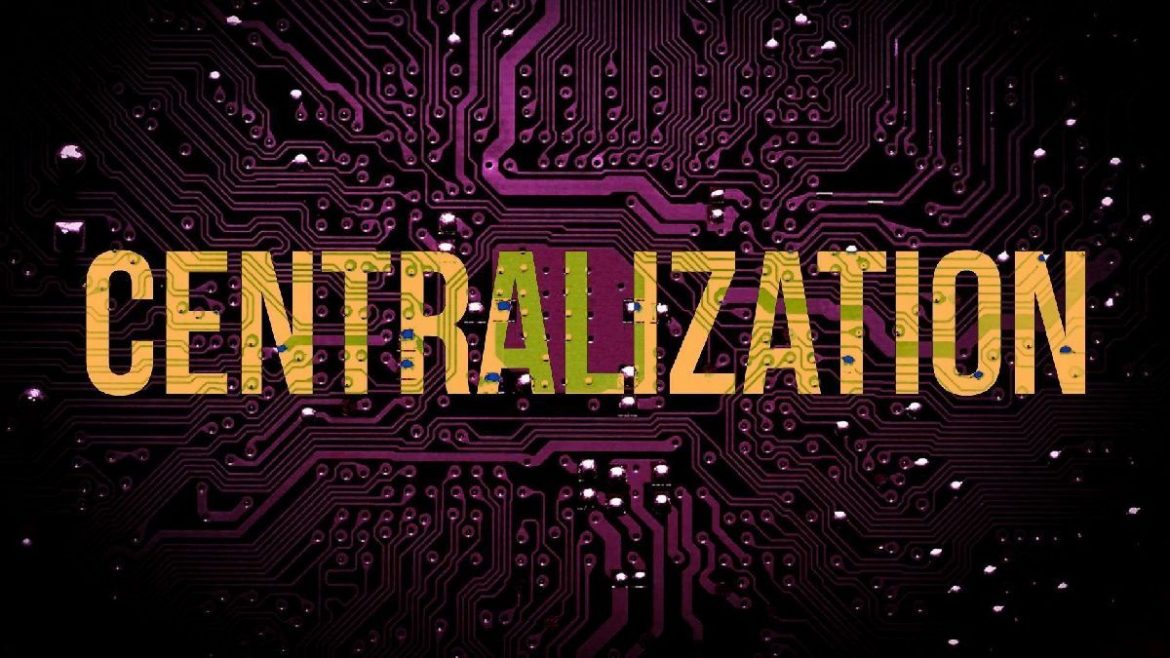 When cryptocurrency was first introduced, it was based solely on decentralized technologies, but with adoption has come a bit of mutation as far as the various types of digital currency, how it’s used, and what it means for projects now. The question is: Can cryptocurrencies exist without decentralization?

Centralized digital currencies are being explored by many governments and development teams are engaging in these technologies. Libra is one example of mainstream social media giant, Facebook, diving into cryptocurrency, and even China is proposing the development and launch of a centralized token, RMB.

Decentralization is a belief that there should not be a single centralized point of control, failure or disproportionate influence in a given scenario, and its ultimate objective is achieving increased democracy, security, efficiency and decreased exploitation. Since blockchain and cryptocurrencies became mainstream, the movement and price action has seen boom the last few years based on the philosophy of removing the centralized broker or facilitator in a scenario, removing inefficiencies, and opening up new possibilities, including the delivery of a ‘truly’ decentralized network or service.

For decentralized digital currencies, users are at the heart of the network. The decentralized movement around consumer software has largely been oriented around putting users back in the driver’s seat regarding their data, privacy, communications and financial transactions, while looking to usher in a new generation of the internet that increases the benefit to users of technology as opposed to focusing value primarily to the service providers.

In contrast to decentralization, the centralized model of cryptocurrencies was first commercialized two decades ago by well-known projects such as Napster and Limewire, which were popular in the early eighties and nineties. These services were based on peer-to-peer (P2P) technology that enabled peers to interact directly, device-to-device over the internet. As these technologies were introduced in the market, several factors ranging from scalability, bandwidth, hardware capability, user requirements, legal issues, vested interests and more pushed toward increased adoption of the centralized model we now refer to as “the cloud.”

In this model, a centralized third party would act as the middleman and facilitator to enable connection, reliability of services, storage, and several other bells and whistles. This model is now used by almost all online services that are popular now. One such company that emerged out of this centralized movement is social media giant, Facebook, that perfected the model of being the middleman service; collecting data and extracting as much value as possible out of user interactions, treating users, not as customers, but as the product whose data they would harvest and sell on to advertisers and others.

Social media has always monetized interactions between peers and we can’t deny that we now have amazing capabilities as users of these platforms, but it’s turned out that this came at a pretty significant cost in terms of our privacy and data control, as the public has increasingly been made aware. This centralized network has been great for target marketing and changed the landscape of how people get information, but it came at the cost of losing some of their privacy.

It seems clear that Facebook is pivoting toward a decentralized option for payments while tapping into their immense centralized network of users with Libra and the Calibra digital wallet. A consortium of companies who do not generally align with the values of decentralization are looking to enter the arena through the Libra project, but opponents to the project believe that the misinformation of big tech and big corp is now at the point of weaponization because such projects could be the emergence of a new global financial system that could reach hundreds of millions of unbanked and under-served people around the world, but fearfully upend the global economy and centralized systems already in place.

It’s no less than significant to ensure that users adopting these technologies are aware of what they are voting for and buying into; to know the differences of both the good and bad of centralized versus decentralized cryptocurrencies as far as safety, insurance, and assurances. The general public generally doesn’t care about how a project works; they want to know if they can use it to buy things or save for retirement. In this case, the fight isn’t about centralized or decentralized but who markets their cryptocurrency better, which is a frightening prospect for this new age of money.

A significant amount of development and resources have gone into trying to pull off completely decentralized software offerings on the back of this blockchain boom, and something that has come out of that is the state of blockchain tech in particular and its ability to scale. Once the first version of a centralized project is rolled out and it gains adoption, will there be a need for a decentralized model, or will benefit from the control and data oversight outrank decentralization.

For projects that have built solutions from the ground up and are looking to grow adoption and scale, it can be a much easier job, or much more possible at least for them to deliver a truly distributed solution to market that will work and will scale with their platforms as they grow, as opposed to the challenge of retrofitting to a massive, preexisting global user base.

What users need to ensure is that they don’t fall into a position where hybrid models like Libra end up becoming champions of the masses and as Joe Lubin put it, “a centralized wolf in a decentralized sheep’s clothing.” So, to answer the question at the beginning, can cryptocurrencies exist without decentralization? The answer is YES. The follow up question is then: Do we want it to be? That answer depends on you.

Turn Your Old Phone Into A Crypto Cold Wallet

Will Bitcoin Hit $10K This Week?