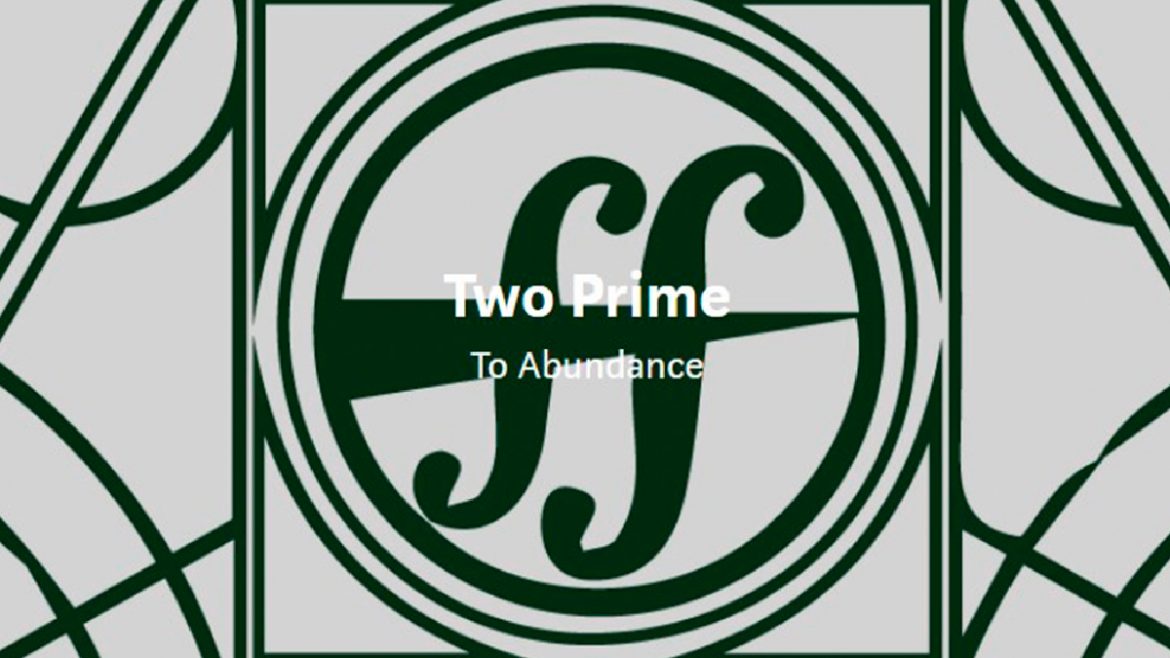 Two Prime is a Hong Kong-based FinTech firm that focuses on creating financial applications. They recently announced the creation of the FF Accretive Token (FF1) where up to 5 million tokens will be emitted into circulation onto secondary markets, such as exchanges.

The token’s functions include de-risking digital assets, making calculated capital allocations and improving the fund’s performance by investing in real-world projects. BabelFinance was one of the projects that Two Prime invested in. Their token may be listed this quarter on Liquid, a leading cryptocurrency exchange.

Since Bitcoin’s launch, there has been a race between institutions to help Bitcoin and other cryptocurrencies reach their full potential as a viable asset. The industry has largely been focused on finding blockchain’s ‘killer app,’ and we haven’t found one yet. That may be exactly that Two Prime is focused on. Two Prime is focusing on the maturity and evolution of the industry and ensure that it is:

Two Prime plans to launch the token through a CTO (Continuous Token Offering) instead of an ICO. This is an exciting new way for the sale of tokens.

Because with the creation of the token, FF1 will replicate the financing model and will continuously release additional tokens into circulation in line with real demand.

The ICO model was a success until it burst like a bubble in 2017. In the same year, seed funding for startups via tokens offerings on exchanges overtook private equity. Traditional financial assets haven’t addressed this and now investors may address this in the seed stage. ICOs introduced cryptocurrency developers to liquidity and that was only the beginning.

FF1 tokens present a better case to crypto projects by introducing them to investments that were locked for them all this while. There may have been misallocations in the past, however, that isn’t the case now. Two Prime aims to bring traditional asset allocation to crypto. This is sure to change the way cryptocurrency works. It will reignite rapid fund formation, and restore Bitcoin’s reputation.

Influencers and top investors like Warren Buffet have called it “tulips” referencing the tulip bubble that devastated the markets in the 1600’s. This has limited funding for projects that have potential. This, with rapid inflow is sure to professionalize the crypto markets. To be hair, there are some cons to Two Prime token.

Below are the top risks that the token faces:

Regulatory risks cannot be avoided even with the best team of professionals.
Two Prime’s founder Marc Fleury, Alexander S. Blum and Thejas Nalval are influential in their industry. However, they cannot dodge the regulatory risks.

Talking of the FF Token, Two Prime has explained that the token can replicate a private equity investment approach and reduce the risks and stages involved in financing. Two prime planned to release the first five million tokens and 5% of the total of 100 million tokens will be released. The rest of the tokens would be released slowly over a period of 10 years.

Generally, projects limit the interested and invested partners however, in stark contrast with VC or PE structures, Two prime may be able to do this.

After ICOs slowed down, the market has been parked for more liquidity, that’s an important reason why there are so many market makers now. However, Two Prime’s token can increase liquidity and give projects access to seed stage investments. ICOs were game changers in 2017 and the token may be the game changer in 2020. While proceeds raised by projects in 2017 were wasted on whitepapers and MVPs that were never released, most projects shut shop soon after raising funds.

With Two Prime’s project, the token may start selling at $3 per coin or higher on liquid post its release. This may be a project or a token to dive further into but do your due diligence.

Disclaimer
Content provided by Crypto,Trader,News. is for informational purposes only, and should not be construed as legal, tax, investment, financial, or other advice. All information is of a general nature. As always, there is risk with any investment. In exchange for using our products and services, you agree not to hold Crypto,Trader,News. Pro, its affiliates, or any third party service provider liable for any possible claim for damages arising from decisions you make based on information made available to you through our services.

Bitwise Says We Can Expect This From Crypto