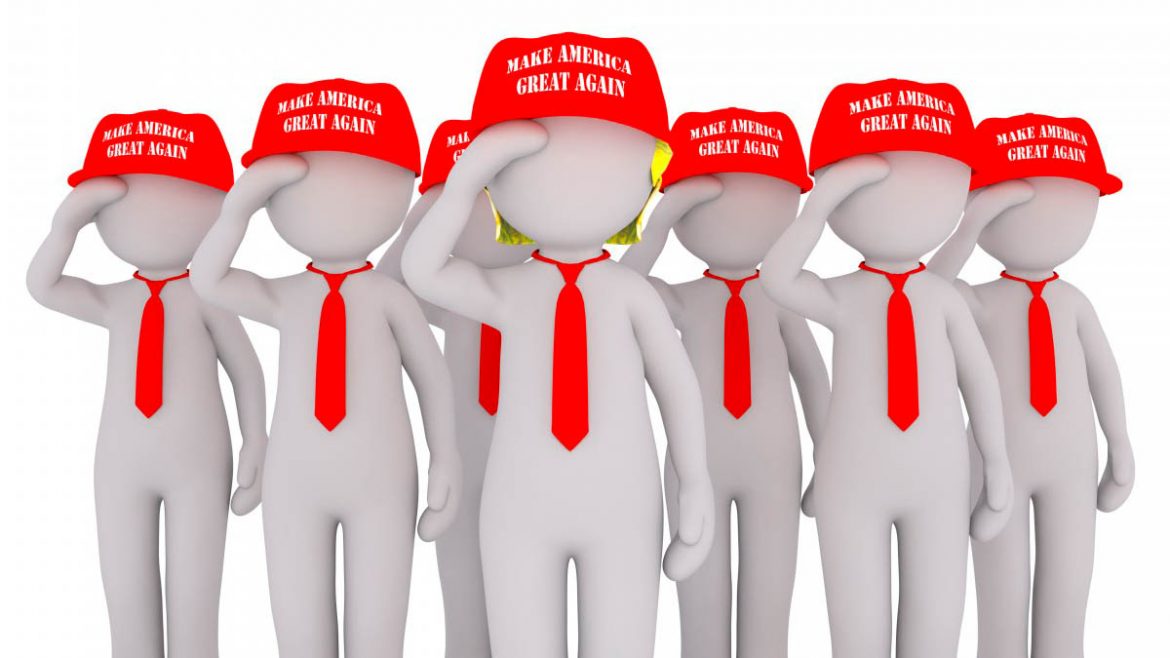 I’ve said it before and I’m sure I will say it again, I used to be a Republican. While in recent years I’ve considered myself more of an Independent, there was a time when my views were fairly closely aligned with the Republican party. These days however, I can barely speak to some of my lifelong friends.

Why? Because they are blindly loyal to Trump.

One of my best friends in the world, someone whom I’ve always respected and could talk to about any subject in the world, excuses it all with “but look at the economy.”

I pointed out the main arguments from the Right in my article on what’s next for the impeachment, and I said I was going to get back to them. So here we are.

With Trump going nuts on Twitter and ole Mitch saying he’s in no hurry for the trial to start while Lindsey hollers about getting the articles to the Senate, to say it’s a mixed message from that camp would be an understatement.

The same could be said about their points of argument against impeachment in general. Not only are they sending mixed messages, for the most part they’re also ignoring the facts, choosing to push conspiracy theories and outright lies in pursuit of exonerating their revered leader.

Well, I say that’s enough of that shit.

Let’s take a look at this point-by-point and see how they hold up.

There Was “No Pressure” on the July 25th Call

This one is downright silly. Sure, President Zelensky or his underlings have stated that they didn’t feel pressured into announcing the investigations, but the facts reveal otherwise.

Zelensky was all set to appear in an interview with CNN in order to announce the investigations. An interview that was canceled two days before it was scheduled and funnily enough, it was exactly the same time that news of the whistleblower broke. The cat was out of the bag and the investigation announcement was no longer an option.

This also negates two other republican arguments – 1) the investigations were never announced, and 2) the funds were released.

They weren’t announced and the funds were only released because the gist of the whistleblower complaint went public.

Back to the “no pressure,” when reading the “transcript” as the President has directed us all to do on numerous occasions, it’s clear as day that Trump is applying pressure.

“I want you to do us a favor though.”

In other words, before more help is provided and before the javelin purchase, I need you to do this.

That is indeed pressure ladies and gentlemen.

They Didn’t Know the Funds Were Being Withheld

Another fundamental lie! The evidence has shown that they were indeed aware that the funds were on hold. They may not have fully understood the reasoning behind the blockage at first, but there’s little doubt that it soon became rather apparent to them.

They asked about the money on at least a couple of occasions and witnesses testified that the Ukrainians did indeed know.

With no rebuttal witnesses (due to the President’s own actions), we have to take the word of those under oath over partisan House members that are bending over backwards to cover Trump’s butt.

Sure, Trump said the words along the lines of ‘I don’t want anything, no quid pro quo’ on a single phone call, but once again you have to look at the timing.

It was in September and AFTER he was made aware of the whistleblower complaint and the verbiage it contained. Which of course specifically mentioned that exact phrase.

Again, I will say “read the transcript.”

“I want you to do us a favor though” is the exact definition of quid pro quo, aka “this for that.”

‘Do the investigation and you’ll get the help you need.’

Trump Has Every Right, Even a Duty, to Investigate Corruption

While I agree with the basic idea of this argument, it kind of loses steam when you look at this specific “investigation.” First and foremost, the government of Ukraine is literally notorious for corruption, so why was only Biden mentioned? When pressed on this, Trump said they were looking at multiple people but, not surprisingly, didn’t name any then either.

Next, why wasn’t this brought up when Zelensky took office as opposed to after Biden becoming the opposition’s frontrunner?

Why in the ever loving name of all things holy, did Trump do this the day after Mueller’s testimony? Wouldn’t he want to put some layers between himself and an investigation like this in order to prevent misunderstood perceptions? Don’t we have like a royal shit ton of really, really good investigators that get to paid to work on this sort of thing?

And I don’t mean fricken Rudy Giuliani either.

This is one of my personal favorites. According to Trump and Co., everyone that testified in the House hearings was either biased and partisan, reporting on secondhand knowledge, or a “Never Trumper.”

Of course not a shred of evidence has been presented to support those arguments, but we’re all expected to believe it nonetheless.

From what I saw, the witnesses were forthcoming and honest and I think it was absolutely appalling the way some of the members on the right treated them.

If the call was “perfect” and he did nothing wrong, he should waive this “executive privilege” excuse and release every requested document along with witness testimony.

Unless of course, there’s something to hide. That’s the only reason to block testimony and documents. If he is worried about state’s secrets or allies being unwilling to talk about sensitive matters in the future in fear of it becoming public, then he should restrict testimony to the call with Zelensky only!

We have the “transcript” and it was “perfect” after all, so what is he exerting his privilege against anyway? Just because he can? That’s not a legitimate reason. Because it’s a witch hunt undeserving of his time? His Twitter feed seems to reflect otherwise.

Just as he did with the Mueller investigation, Trump has attempted to stonewall this investigation from the outset. Unfortunately it’s apparent now more than ever that the republican party is willing to stretch the truth as far as they possibly can in order to protect their President.

I saved this for last because it has the easiest answer.

The wrongdoing that was claimed in the report was indeed accurate. While some of the details of the actual conversation may have been slightly off, they had every right, even a duty, to report their concern of a possible quid pro quo.

So the next time you hear yet another republican regurgitating those same lame excuses for the President of the United States, remember the facts.

Disclaimer:The views and opinions expressed on Crypto, Trader, News. are those of the authors and do not necessarily reflect the official policy or position of our site, its affiliates or third-party applications.