5 Big Corporations that Would Make Bank in Crypto 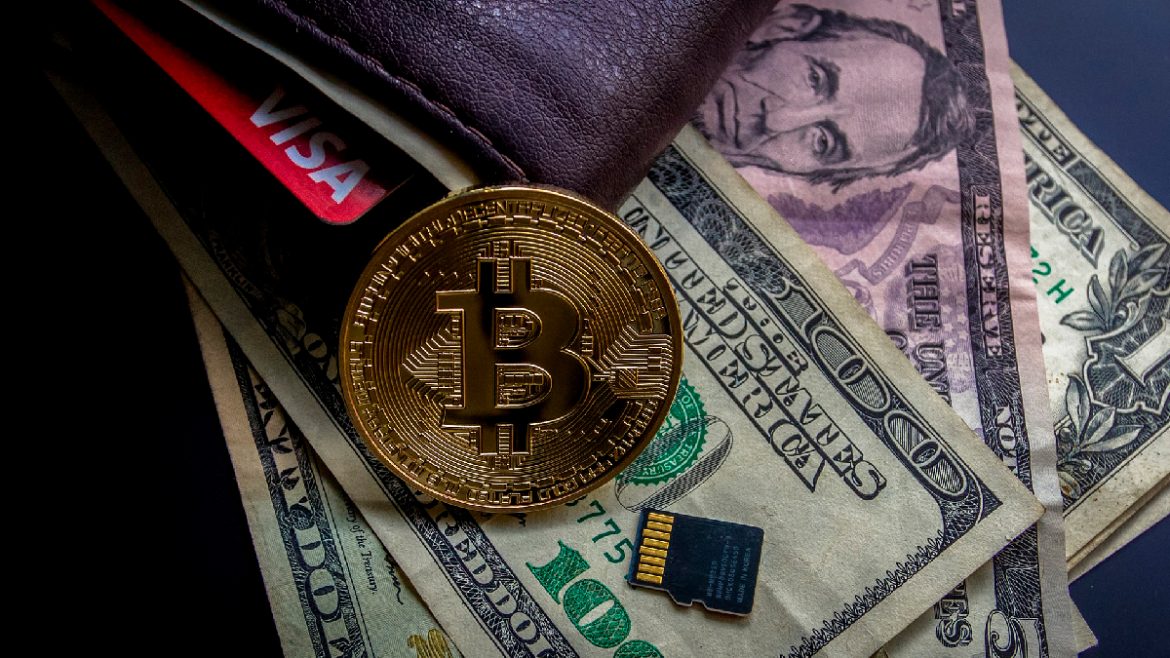 Cryptocurrency is a revolutionary technology that has taken the world by storm since 2009. Like every radical technology, there is a flurry of companies and institutions lining up to denounce it as a fad. However, they always come around, don’t they?

Jamie Dimon, the JP Morgan Chase boss famously bashed bitcoin as a “fraud” that global governments would “crush” and less than two years later, Dimon is pushing his company headlong into the crypto space with JPM Coin’s customer trials. JP Morgan is betting that its first-mover status and large market share in corporate payments will give its technology a good chance of getting adopted. because it banks 80% of the companies in the Fortune 500. So, even if other banks create their own coins, JPM Coin undoubtedly has an advantage. In the race to be the first-mover in the field of cryptocurrency banking, several institutions are launching their own version of stablecoins or digital currencies including central governments and social media giants like Facebook. In this article we’ll explore the five big corporations that would make bank in cryptocurrencies.

After lot of speculation, Facebook finally revealed the details of its new cryptocurrency platform in June 2019. It was initially met with disagreement and quashed by the Congress and the EU, the project has turned out to be far more ambitious than many had anticipated. Facebook’s vision for Libra is to bank the unbanked and bring users who have no access to centralized fiat currencies on world stage and connect them with the rest of the world.

Libra, their digital currency, would allow users to make purchases on Facebook’s apps as well as third-party sites for almost non-existent fees. With more than two billion monthly active users, Facebook’s online community is so large that Libra, at least in principle, could become the world’s most widely used currency. This possibility has led to heated debates in the Congress and for the first time in a decade, several congressmen sat down to learn the basic differences between Facebook’s digital currency and Bitcoin.

Apparently all-too-aware of its poor reputation for privacy violations, Facebook has launched a subsidiary company to manage this cryptocurrency called Calibra, which will collect and use data independently of its core business. This company is beyond the jurisdiction of the USA with the thought that a user’s spending history would be separate from social identity and not be exploited by the social network for targeted advertising.

In order to build further trust, Facebook has also established the Libra Association, a collective of 28 companies that include payment rivals such as Visa ,Mastercard and PayPal. Supposedly, this will allow other independent voices to veto any objectionable decisions made by the Facebook team. Whether this global payments revolution sees the light of the day or not, Facebook has set a strong foot forward towards becoming a bank. And not just any bank, in my opinion, it would be stronger and have a larger user base than any other bank in the world. A bank that is 2 billion strong and has its own digital currency.

Inventively branded ‘JPM Coin’, JPMorgan’s currency has already begun trials and will be used by the bank to instantly settle payments between clients. According to the company’s head of blockchain projects Umar Farooq, there are three early applications that the bank has identified for its new project – international payments for large corporate clients, securities transactions, and replacement for the USD that large treasury services hold in subsidiaries across the world.

I believe that JPMorgan’s iteration might be somewhat safer than the volatile sea of cryptocurrencies that we dive in when we use it as a medium for exchanging value among peers. However, the currency is not available for individuals and it is not an asset like Bitcoin that you’ll be able to invest in, but rather an innovative tool that will be used between the bank and its big institutional clients. JPMorgan plans to be the bank of institutional money invested in digital assets or used for outward remittances and it may be successful at the same if the regulation on cryptocurrencies is positive in leading economies around the world.

Social media billionaire Jack Dorsey who founded Twitter has also been making inroads into the crypto market via his payments business, Square, and by the sounds of it, the venture is no less ambitious than Facebook’s Libra. Crypto Square was introduced with the intention of simply improving money and the idea was to build a small team of experts that will make “open source contributions to the bitcoin and crypto ecosystem” while the main Square app will make it easier to use alternative payments for transactions.

The final goal is to make “mass adoption not just possible but inevitable.” To an observer and a cryptocurrency trader like me, it sounds like the definition of a crypto bank. Well aware of the uncertainty surrounding the likes of Bitcoin, Dorsey has also emphasized the importance of design in making cryptocurrencies more accessible and easier to conceptualize for the uninitiated. With 113.5 million users projected for 2021, Square might just be able to bring this project into the mainstream.

While Dorsey’s vision for the future of currency seems to be an extension of the logic behind Twitter. This move will foster better communication across national boundaries and build “a stateless currency that all people can access” and isn’t “bounded or constrained by any one corporate entity.” All in all, it is another crypto bank with its own currency in the making.

While you may be shocked to see Disney in this list, there is unconfirmed news that two major cryptocurrency exchanges could soon have Walt Disney Corp. as their owner if a $13 billion equity deal goes through. This news has been doing the rounds since South Korean English-language daily news outlet The Korea Herald reported it on April 17, 2019. Citing a banking industry source speaking to another publication, JoongAng Ilbo, The Korea Herald revealed the chairman of online gaming giant NXC Corporation, Jung-ju Kim, plans to sell his 98.6% stake in the company.

According to the source, Disney, with whom Kim has a close relationship, is already the preferred buyer and its other competitors are Tencent and messaging giant South Korea’s Kakao Corp. The equity buyout would give Disney a significant foothold in the cryptocurrency exchange industry. Now while crypto experts have deciphered it differently, reading into this news and studying the position of Disney when this deal is completed, it is safe to say that its plan to become a cryptocurrency bank are well underway.

With such a strong foothold the only possible move is venturing into escrow operations or crypto banking. While this news is still unconfirmed, till date Disney has had very little to do with cryptocurrency and its Dragonchain Blockchain, a fringe project raising around $13 million in its ICO back in 2017. This move may be Disney’s comeback in the crypto industry.

While messaging and social media giants have been announcing their ventures in the cryptocurrency industry, Walmart has made its first move with an official patent. It all started on June 18 when Facebook announced the launch of Libra, a stablecoin that will be available in Messenger, WhatsApp and as a standalone app, with the company expecting to launch the product in 2020.

Facebook’s project riled up politicians and immediately got regulatory push back from worldwide leaders and threats from U.S. congressional members. Now Walmart is stepping into the ring to test its own blockchain technology with the filing of a new digital currency patent that describes a stablecoin backed by USD. Walmart’s coin, if developed,could be easily be tested at its 11368 hypermarkets, department stores and grocery clubs located in 27 countries.

The Walmart coin was created by Robert Cantrell, David Nelms, John O’Brien, and Brian McHale. A closer look at the filing shows that the Walmart coin concept offers a number of features like “pre-approved biometric credit” and could store a user’s transaction history and give loyalty points. Much like Facebook’s Libra, the coin produced by Walmart aims to help low-income families worldwide. Retailers may tie into assistance that can provide vehicles or funding for vehicles to get goods to customers when the customers do not have sufficient mobility otherwise.

In my opinion, when Walmart was stopped from becoming a bank, it made a comeback with cryptocurrencies. Years after Walmart attempted to become an industrial loan company (ILC) but got pushback from politicians and regulators, bankers and anti-Walmart groups forced politicians to pass laws to stop Walmart in its tracks from opening bank branches, the company has presented this idea.

Because of the opposition, Walmart’s application filed with the Federal Deposit Insurance Corporation (FDIC) never gained traction. Just like when Facebook announced Libra, congressional leaders scheduled two public hearings with Walmart over the ILC attempt. During the end of the debate against massive opposition, Walmart removed certain retail banking goals and focused solely on payment processing. Interestingly, the department store’s competitor Target was granted approval by the U.S. government to operate an ILC but skeptics think Walmart’s ILC idea was too broad. The Walmart ILC filing filed in 2005 sat with the FDIC until the corporation withdrew the request in March 2007. “We notified the FDIC today that Walmart has withdrawn the application we made in July 2005 for an Industrial Loan Company (ILC) charter,” the company revealed at the time.

Walmart’s latest patent filing could be another attempt to enter the banking ecosystem with a cryptocurrency instead of operating bank branches. The digital managing institution could be assigned to an independent third-party institution. Moreover, the Walmart coin could offer users interest applied to savings accounts, tied to the digital currency. The policy on savings and offering pre-approved credit mimics the operations of a crypto bank more closely than other proposed project in this list. While some crypto experts may say that Walmart has opened a can of worms from a regulatory perspective, it may have started its journey towards becoming the world’s largest cryptocurrency bank with billions of users.

What are your thoughts? Is cryptocurrency and stablecoin going to help these enterprises grow or are they developing a vanity coin to be with the crypto “in” crowd? We’d love to hear your thoughts on Telegram.

An Overview of 5 Popular Cryptocurrencies